We are giving away FREE tickets to see "Black Widow"!
Here's how to win:

1. Sign up for the FREE Movie Show Plus E-Newsletter HERE
(Existing E-Newsletter Subscribers are already entered!)
OR
2. Become a Patreon.com sponsor HERE
(Every monthly dollar pledged gives you that many more chances to win
= $3/month gives you 3 extra chances, etc, etc,)

3. Do either (or both) of the above by 10pm ET, Sunday, July 11th
(Drawing for the Free Black Widow Tickets will take place on Monday, July 12th by 12 noon, and winners will be notified by e-mail)

Becoming a Movie Show Plus VIP E-Newsletter Subscriber is free, and your information is not shared in any way, shape or form. Receive occasional emails from us about upcoming episodes of our show, live events, free ticket offers and giveaways, and just general news and updates about our show and our co-hosts, Tom Santilli and Greg Russell. Unsubscribe at any time. 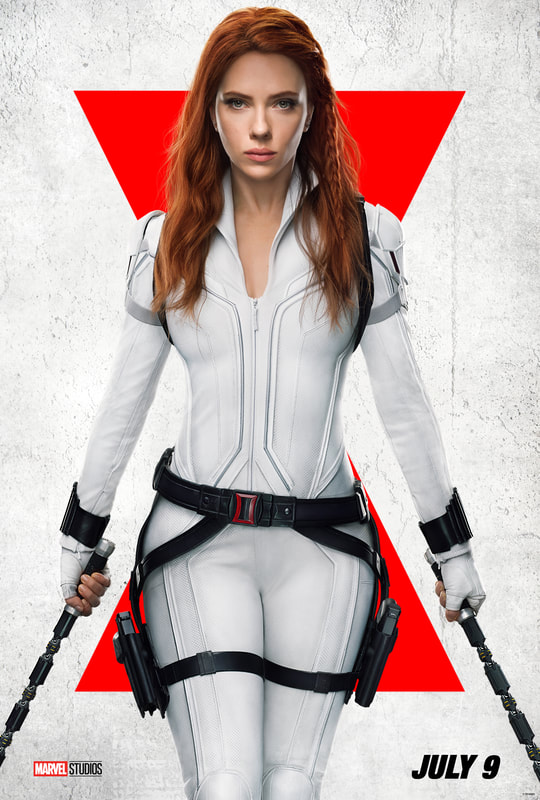 About the Film: Natasha Romanoff aka Black Widow confronts the darker parts of her ledger when a dangerous conspiracy with ties to her past arises. Pursued by a force that will stop at nothing to bring her down, Natasha must deal with her history as a spy and the broken relationships left in her wake long before she became an Avenger. Joining Johansson in the new feature film are Florence Pugh as Yelena, David Harbour as Alexei/The Red Guardian, and Rachel Weisz as Melina. “Black Widow”—the first film in Phase Four of the Marvel Cinematic Universe—is directed by Cate Shortland and produced by Kevin Feige. BLACK WIDOW is in theaters and Disney+ with Premier Access July 9.

Terms and Conditions: Fandango Promotional Code (“Code”) is good towards one movie ticket (up to $15 total ticket and convenience fee value) to see Black Widow at Fandango partner theaters in the US. Code is void if not redeemed by 9/30/2021 or when Black Widow is no longer in theaters, whichever comes first. Only valid for purchase of movie tickets made at Fandango.com or via the Fandango app and cannot be redeemed directly at any theater box office. If lost or stolen, cannot be replaced. No cash value, except as required by law. Void where prohibited. Not valid with any other offer. One-time use only. Not for resale; void if sold or exchanged. If cost of movie ticket with Fandango’s convenience fee included is more than maximum value of the Code, then user must pay the difference. Any price difference between movie ticket purchased and maximum value of the Code will not be refunded. Fandango Loyalty Solutions, LLC is not a sponsor or co-sponsor of this promotion. The redemption of the Code is subject to Fandango’s Terms and Policies at www.fandango.com/terms-and-policies.​